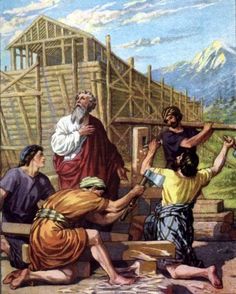 It will be just the same on the day that the Son of Man is revealed.

The point of the allegory is about these three things:

Of the 10 virgins waiting for the bridegroom, all were eagerly waiting – they understood something about the signs presented – but only 5 were prepared.

Of the three slaves who received talents, only two were rewarded; the third was thrown into outer darkness where he wept bitterly (Luke 25:29) While the parables certainly have a message of warning for readiness towards eternal life, we must remember that the conversation started in Matthew 24 doesn\’t end until the last verse of Matthew 25, and there are dual meanings found in the parables of Matthew 25.

It is one thing to have a backward view of one\’s life, suggesting to oneself that you\’ve done your best, and you\’re ready to meet the Lord – just as you are.
It is quite another thing to think that perhaps the Lord returns only once, at the 7th trumpet sounding (as seen in Revelation), and now one must be prepared to live life, during the tribulation, in a level of faith and preparedness not experienced up to this point in one\’s life: testifying, ministering and relying upon God for food, shelter, and necessities while the Beast makes war with the Saints.
Follow A Recovering Legalist on WordPress.com